In 2008, the Augustine Band of Cahuilla Indians moved to the forefront of Native American leadership by developing a renewable energy operation. The project has helped the Tribe meet two of its vital goals: becoming self-sufficient and protecting the earth’s natural resources for future generations.

The first tribe in Southern California to develop a major solar energy project approved by the United States Bureau of Indian Affairs (BIA), the Tribe’s installation was a great leap forward. The Tribe installed a 1.1 megawatt photovoltaic plant on its reservation, located in the Augustine Solar Energy Park. The installation produces enough energy to power a major percentage of the energy needs of the Tribe’s business operations. The project is not only paying for itself but also creating energy that will yield a profit.

An installation that shines bright.

Today the operation has some 25,000 solar panels with a capacity of more than three megawatts of energy (as a point of reference, one megawatt is equal to one million watts or 1,000 kilowatts). The project is capable of producing more than 5,000 megawatt hours of energy annually, the equivalent of providing energy for 500 homes, removing 1,200 vehicles off our local highways, or of eliminating enough carbon monoxide from the atmosphere to equal what would be absorbed by a 1,600-acre pine tree forest. 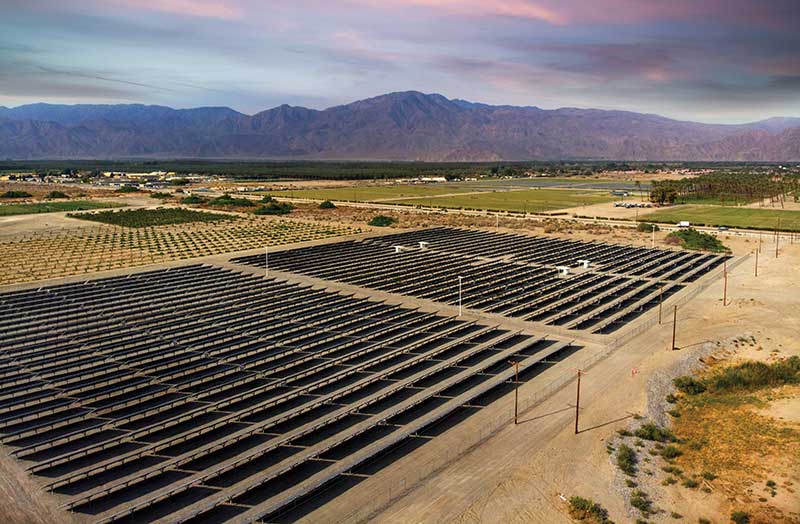 of the Land.For the people.

In addition to our solar panel installation, we operate an organic farming operation located on tribal land that includes 33 acres. We believe this is an excellent use of the land and affords the ability to provide fresh, organic produce that is of the highest quality.

With crops ranging from romaine lettuce to medjool dates, the Tribe’s organic farming operation enables us to utilize the land to create a bounty of agricultural product as well as honor our commitment to stewardship.